Since 1960s, CVD technology has been widely used in the surface treatment of cemented carbide knife for cutting tools. As metal source for CVD is relatively easy to prepare, single-layer and multi-layer composite coatings such as in, tic, TiCN, tibn, TiB2, A23 can be achieved. Bonding strength between coating and substrate is high, and thickness of film can reach 7 ~ 9um. Therefore, by the middle and late 1980s, 85% of cemented carbide tools round shape in United States have been coated, of which CVD coating accounts for 99%; Up to mid-1990s, more than 80% of coated cemented carbide tools were VD coated. First, processing temperature is high, which is easy to reduce bending strength of material;

Second, film is in a tensile stress state, which is easy to cause micro cracks when using tungsten carbide circular blade for cutting tool;

Third, waste gas and waste liquid discharged from CD process will cause great environmental pollution, which is in conflict with green manufacturing concept vigorously advocated at present.

Since mid-1990s, development and application of high-temperature CVD technology have been restricted to some extent.In late 1980s, low-temperature chemical vapor deposition (PCVD) technology developed by Krupp. Widia reached a practical level. Its processing temperature has been reduced to 450 ~ 650 ℃, effectively inhibiting generation of n-phase. It can be used for tin, TiCN, tic and other coatings of thread cutting tools, milling cutters and dies, PCVD process is not widely used in field of tool coating. In the mid-1990s, emergence of new technology of medium temperature chemical vapor deposition (MT CVD) has revolutionized CVD technology. Technology of MT CVD is a new process which takes acetonitrile (CH3CN) containing C / N as main reaction gas, decomposes with TiCl4, H2 and N2 at 700 ~ 900℃, and generates TiCN by chemical reaction. Dense fibrous crystalline coatings with a thickness of 8 ~ 10um can be obtained by MT CVD. Coating structure has high wear resistance, thermal shock resistance and toughness, and can be deposited on blade surface by high temperature chemical vapor deposition (HT CVD), like Al 2O 3, tin and other materials with good high temperature oxidation resistance, good affinity with processed materials and good self-lubricating properties. 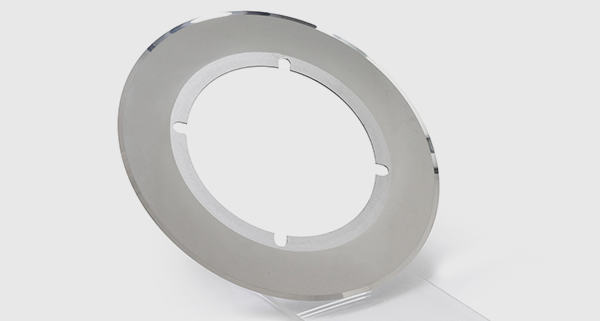 At present, CVD (including MT CVD) technology is mainly used for surface coating of tungsten carbide circular blade for cutting tool. Coated tools are suitable for high-speed rough machining and semi finishing of medium and heavy-duty cutting. A-a203 coating can also be realized by CVD technology, This is difficult to be realized by PVD technology at present, so CVD coating technology still plays an important role in dry cutting. Most commonly used coating: tin, color of which is golden yellow, is suitable for processing low alloy steel and stainless steel; TiCN (titanium carbide nitride), color of coating is gray, hardness is higher than tin, and wear resistance is better, its feed speed and cutting speed are 40% and 60% higher than TN respectively; Tian,  coating is gray or black, mainly applied on surface of cemented carbide knife for cutting tool substrate.